NOTE: This piece was originally published on Townhall in 2009. I’ve updated it prior to republishing here. The color coding of people, groups, and money was present in the original version (the editor at Townhall didn’t provide for anything but basic formatting so I used the colored labels to give the essay a little flair). I’ve retained the original colored format and have applied the same highlighting to newly added information as well.

I also apologize for the length of the essay, but it could be twice as long and still not cover what should be known about George Soros. I have condensed and summarized as much as I could while still attempting to paint a political portrait of Soros for conservative readers. 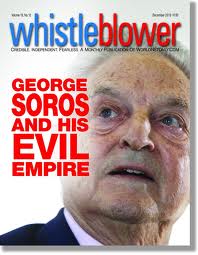 George Soros is one of the most powerful men on earth, and one of the most reliably liberal. A New York hedge fund manager, he has amassed a personal fortune estimated by Forbes (September, 2013) at about $20 billion, placing him as the 30th richest among the world’s billionaires. His management company controls at least another $25 billion in investor assets controlled by his firm, Soros Fund Management. He is an influential, financial powerhouse.

George Soros was born on August 12, 1930 in Budapest, Hungary. His father, Teodoro Schwartz, was an Orthodox Jew who, in 1936, changed the family surname from Schwartz to Soros in order to enable his family to conceal its Jewish identity. In 1947, the family relocated from Hungary to England. Five years later, George graduated from the London School of Economics.

George Soros is the founder of one of the first offshore hedge funds, the Quantum Fund, through which he accumulated vast wealth. Extreme leverage is a Soros character trait. Most readers of the financial pages know about the spectacularly leveraged coup that earned him a billion dollars overnight in a giant gamble in 1992. He bet $10 billion (most of it borrowed money) that by selling enough sterling short he could force the Bank of England to devalue the British pound and make a killing.

He did, they did, and he made a killing. And now he has his sights set on changing the United States into an “open society.”

According to Robert Chandler of Accuracy in Media, George Soros’ notion of an open society was influenced by his former instructor at the London School of Economics, Professor Karl Popper. Popper, an atheist, believed nothing was “self-evident.” According to Chandler, “Soros concluded that the U.S. Declaration of Independence, rather than based on so-called ‘self-evident truths,’ is but a statement of ‘our imperfect understanding’ of the world around us. Hence, America’s founding documents are disposable in what Soros believes is our godless society.”

Chandler also notes that “to create the ‘Age of Open Society,’ Soros’ vision would require terminating U.S. sovereignty, disposing of the Declaration of Independence, U.S. Constitution, and Bill of Rights, or at least modifying them with significant amendments to make them square with open society norms, and reforming the United Nations to facilitate a world socialist governance with the new social-political institutions to enforce its principles, such as the International Criminal Court.”

So there you have it. If Mr. Chandler’s assessment is correct, and if George Soros gains control, he will dispose of our Declaration of Independence, U.S. Constitution, and Bill of Rights (or significantly revise them to reflect his concept of a leftist socialist “open society”), terminate our sovereignty, and cede our governance to a modified United Nations.

And, at this point in time, we have just the pliable puppet in the presidency that will be eager to help him.

Before 9/11/2001, Soros had viewed his financial contributions as a way of incrementally changing health care, criminal sentencing, drug laws, and other social systems he regarded as flawed. The direction in which he wanted to steer the United States was clear in the radical agendas of the groups that he had been funding for nearly a decade through his Open Society Institute.

Those agendas could essentially be distilled down to three overriding themes:

But after 9/11, Soros decided that the world was endangered by American dominance, and that it was essential to fundamentally change the country more quickly – overnight as it were, rather than over time. And he set about to do just that.

OSI was a signatory to a November 1, 2001 document characterizing the 9/11 attacks as a legal matter to be addressed by criminal-justice procedures rather than military retribution. That determination suggested that the hijackers were motivated chiefly by a desire to point out global injustices perpetrated by the United States. In other words, we brought 9/11 on ourselves. Does that sound familiar?

Since 1993, Soros’ foundation’s flagship (and the conduit for distribution of his funds) has been the Open Society Institute (OSI)*, a 501(c)(3)** organization. It has over $452 million worth of assets under management and has dispensed an estimated $10,000,000,000 (billion) dollars to organizations with objectives that are consistent with those of Soros.

An epic understatement: a lot of influence can be bought with $10 billion dollars.

*In 2010, the name was changed to Open Society Foundations (OSF).

** A 501(c)(3) refers to that section of the IRS code that describes a tax-exempt nonprofit organization.

The President of OSI and the Soros Foundation Network up until 2012 was Aryeh Neier, who worked for the American Civil Liberties Union from 1963 to 1978, serving as its Director for the last eight of those years. Then, from 1978 to 1990, he was the Executive Director of Human Rights Watch. Christopher Stone took over in 2012 and is the current President. He was a Harvard Professor and is an international expert on criminal justice reform.

OSI’s Director of U.S. Advocacy is Morton Halperin (President of John Podesta’s Center for American Progress, and a longtime affiliate of the Institute for Policy Studies and the National Lawyers Guild).

According to the Foundation Center, as of December 2012, OSI/OSF had assets of $2.709 billion. OSI/OSF donates scores of millions of dollars annually to various “progressive” leftist organizations, including this partial list of the most recognizable names:

Also a key funder of the open borders movement, OSI/OSF supports these groups as well:

In addition to funding by Soros and his friends, between 1998 and 2003, OSI/OSF received more than $30 million from U.S. government agencies.

On August 16, 2005, OSI/OSF (in collaboration with the Center for American Progress, the AFL-CIO, the Service Employees International Union, AFSCME, and the United Steelworkers Union) launched a new organization called the Progressive Legislative Action Network (PLAN).

And in July 2006, there was another attempt to meddle in state operations called the Secretary of State Project (SoSP). It became an addition to Soros’ Shadow Party (more on the Shadow Party in another segment to come later). A Soros-supported “527”* committee was devoted to helping Democrats win Secretary of State elections in crucial swing states, i.e., states where the margin of victory in the previous presidential election had been 120,000 votes or less.

One of the principal duties of the Secretary of State is to serve as the chief election officer – the one who certifies candidates as well as election results in his or her state. The holder of this office can potentially play a key role in determining the winner of a close election.

There is little doubt that Soros, via SoSP, is looking for every advantage when it comes to counting votes in a close election, and it could pay off.

*A 527 is a tax-exempt group created under section 527 of the IRS Code to influence the selection, nomination, election, appointment or defeat of candidates to federal, state or local public office.

George Soros and the United Nations 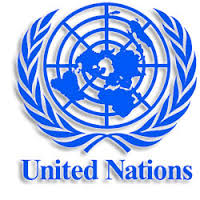 OSI/OSF funded the multi-year United Nations Millennium Development Project – commissioned by the UN Secretary-General in 2002 “to develop a concrete action plan for the world to reverse the grinding poverty, hunger and disease affecting billions of people.”

In 2005, this project culminated in a recommendation for a massive wealth-redistribution, foreign-aid program whose provisions, if adopted, would impose more than $150 billion in annual costs on Americans.

George Soros has also been supportive of the UN’s Agenda 21. The Agenda 21 plan openly targets private property.  For over thirty-five  years the UN has made their stance very clear on the issue of individuals owning land. The UN believes that people are best served if land is used in the interest of society as a whole. Soros is known to be supportive and has given a $2,147,415 grant to one local Agenda 21 project.

And being a strong advocate of gun control, OSI/OSF also funds the Network on Small Arms, which has lobbied the United Nations to pass a measure outlawing private gun ownership and effectively overturning the U.S. Constitution’s Second Amendment.

While George Soros was busy bankrolling his battalion of established activist groups and launching a few new ones, he quite naturally looked toward the upcoming presidential election of 2008 with great anticipation, eagerly awaiting the day when George W. Bush would finally leave office. The question was who would replace him? In recent years, all indications had been that Soros favored Hillary Clinton above other potential Democratic candidates for President. But now there was a new face on the scene a young, charismatic U.S. senator from Illinois named Barack Obama seemed not only to share virtually all of Soros’s values and agendas, but also appeared to be a highly skilled politician who stood a good chance of getting elected to the nation’s highest office.

In December of 2006, Soros, who had previously hosted a fundraiser for Obama during his 2004 Senate campaign, met with Obama in Soros’s New York office. Just a few weeks later on January 16, 2007, Obama announced that he would form a presidential exploratory committee and was contemplating a run for the White House. Within hours, Soros sent the senator a contribution of $2,100, the maximum amount allowable under campaign-finance laws. That first contribution was a drop in the bucket compared to the funds that would flow from Soros to Obama’s interests in later years.

Later that week, the New York Daily News reported that Soros would support Obama rather than Hillary Clinton for the Democratic Party’s presidential nomination, though Soros pledged to back the New York senator were she to emerge as the nominee.

But it was clear that Soros considered Obama to be the more electable candidate of the two. Most importantly, Obama’s economic and political prescriptions for America were wholly in sync with those of Soros.

What has been the result of Soros’ meddling? Just a brief glance at Obama’s activities during his presidency will find them to be right in line with Soros’ agenda. So, it’s obvious that he’s bought himself a President. But he’s not finished; he won’t be satisfied until he has bought a country as well.

The Open Society Institute is not the only vehicle by which George Soros works to reshape America’s political landscape. Indeed, Soros was the prime mover in the creation of the so-called “Shadow Democratic Party,” or “Shadow Party,” in 2003. This term refers to a nationwide network of labor unions, non-profit activist groups, and think tanks whose agendas are ideologically to the left, and which are engaged in campaigning for the Democrats. This network’s activities include fundraising, get-out-the-vote drives, political advertising, opposition research, and media manipulation.

Coming Up Next, the Shadow Party

NOTE: A great deal of the information contained in this essay was taken from Discover the Networks.org. There is a treasure trove of information there about leftist individuals, groups, and the source of their funds and I highly recommend that you visit the site and inform yourself further on the forces amassed against us.