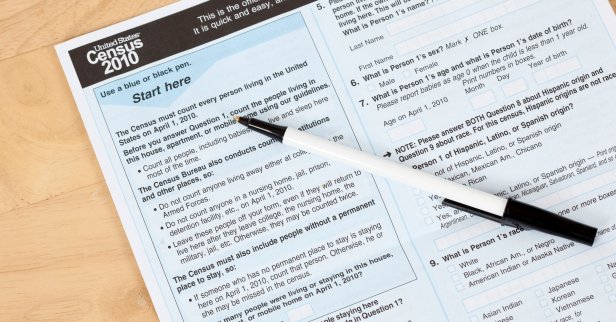 Only in self-defeating, sovereignty-eroding America is the idea of asking whether people living in America are American citizens for the American census a matter of controversy.

On Tuesday, the U.S. Supreme Court heard arguments on whether the Trump administration can include a citizenship question on the high-stakes 2020 Census questionnaire. Thank goodness, the conservative majority indicated support for allowing it. There’s already such a question on the annual American Community Survey administered by the Census Bureau. It was asked in long-form questionnaires sent to a sample of households in 2000. And it was regularly asked in historical census forms from 1820-1950.

But we live in a Trump-deranged age, so now it’s tantamount to an international human rights crime to ask anyone about citizenship status at any time for any reason. Heaven forbid we inconvenience or discomfit legal non-citizens or illegal immigrants with a question!

–Jorge Luis Vasquez Jr. of LatinoJustice, funded by George Soros’ Open Society Foundations, vented that a citizenship question would “damage all our daily lives for decades.”

–Kristen Clarke, president of the Lawyers’ Committee for Civil Rights Under Law, another Soros-funded outfit, which sued over the citizenship question, blasted the “scheme to hijack the 2020 Census.”

It’s the radical left, much of it fueled with Soros’ money, that has hijacked the U.S. Census, not President Donald Trump. “No Illegal Immigrant Left Behind” is crucial to their strategy. Why?

Remember: The Census is used to divvy up seats in the House as a proportion of their population based on the head count. The redistribution of power extends to presidential elections because the Electoral College is pegged to the size of congressional delegations. More people equal more seats. More illegal immigrants equal more power. Indeed, the Center for Immigration Studies determined that in the 2000 election cycle, the presence of non-citizens (illegal immigrants, temporary visitors and green card holders) caused nine seats in the House to switch hands. California added six seats it would not have had otherwise. Texas, New York and Florida each gained a seat. Indiana, Michigan, Mississippi, Oklahoma, Pennsylvania and Wisconsin each lost a seat. Montana, Kentucky and Utah each failed to secure a seat they would otherwise have gained.

Our Founding Fathers explicitly warned against the perils of foreigners manipulating representation by overwhelming the country. Immigration scholar and author Daniel Horowitz points to Supreme Court Justice Joseph Story’s prophetic admonition: “If aliens might be admitted indiscriminately to enjoy all the rights of citizens at the will of a single state, the Union might itself be endangered by an influx of foreigners, hostile to its institutions, ignorant of its powers, and incapable of a due estimate of its privileges.”

Statesman Roger Sherman similarly emphasized the need to “guard against an improper mode of naturalization” by states adopting “easier terms.”

Too late. Multiple illegal immigrant amnesties, coupled with massive legal immigration, failure to deport visa overstayers and the metastasis of sanctuary policies, have taken their toll. Moreover, our constitutionally mandated decennial count has become a full-employment program for ideologically driven liberal interest groups cashing in on the census-gathering process and reshaping the electoral landscape. During the last census under President Barack Obama, with $300 billion in federal funding at stake, social justice groups from Soros-funded ACORN to Soros-funded Voto Latino to the Soros-allied SEIU were enlisted to count heads and help noncitizens feel “safe.”

The Census boondoggle has become a tax-subsidized national future Democratic voter outreach drive. Soros’ operations, along with 77 other liberal foundations, have invested $30 million to make illegal immigrants count. The Open Society Institute’s grantees and partners on coopting the Census for Democrat gains include the Southern Coalition for Social Justice, Miami Workers Center, Mexican American Legal Defense and Educational Fund, Southwest Workers Union, New York Community Trust, New York Foundation, Center for American Progress, People for the American Way and the Funders Census Initiative. A recently leaked internal board document revealed that the Soros network has coordinated efforts for the past four years to “influence appropriations for the Census Bureau” and add new racial and ethnic categories.

The Census Bureau will need 500,000 temporary workers to conduct the count in what will already be a hyperpolarized election year. However the Supreme Court rules on the citizenship question, the Trump administration must ensure that Open Borders Inc. does not co-opt the enumerator corps. As SorosWorld well understands:

Power lies not just with who is being counted, but who’s doing the counting.

This is all assuming the illegals will answer the question honestly. If you were here illegally, would you admit it? No, you’d lie, and so will those guys, so it’s not going to make any difference.

The Dems and the Soros bees will ‘assist’ them in filling out the questionnaire and the number of Dem voters in the US will rapidly and largely increase afterward. Twenty-seven percent of the illegals live in California, so think what that alone will do to the numbers.