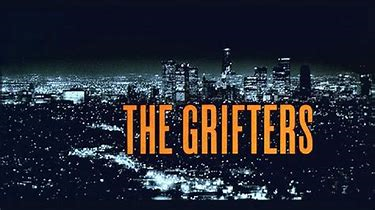 The Department of Education said it will cancel $150 million of student loan debt, impacting about 15,000 people whose schools closed. The Obama-era borrower defense relief program – which essentially ground to a halt under Education Secretary Betsy Devos – provided a path for people to seek forgiveness for federal student loans if a shuttered school violated specific laws or misled students.

DeVos was highly critical of the program, reportedly calling it a “free money” giveaway, and sought to change and delay the program. However, she was sued, and a federal judge ruled in September the program needed to “go into effect.”

Those eligible for loan forgiveness must have been enrolled at the school when it closed and not enrolled at another Title-IV school within three years of the previous school’s closing, according to the Education Department.

“This is a good first step, but it’s not good enough,” said Sen. Patty Murray, the top Democrat on the Education Committee. She called on DeVos to “abandon her attempts to rewrite the borrower defense rule to let for-profit colleges off the hook and instead fully implement the current rule and provide relief to more than 100,000 borrowers who were cheated out of their education and savings.”

Republican Sen. Lamar Alexander, the Education Committee chair, previously argued the “Obama administration went too far in rewriting this provision by setting overly broad and vague standards and as a result, put taxpayers on the hook for too many loans.”

And so the Obama-era screwing of the U.S. taxpayer continues long after he’s out of office, thanks to one of the leftist judges Obama mischievously planted like a human landmine.  Allow me to use this latest screwing to explain to you how the devious minds of the American Left (AL) work.

Student loans are big business for AL because AL has a monopoly on our universities. The money that gets funneled to the universities through student loans goes to pay increasingly exorbitant salaries for professors, administrators and staff who by and large are politically liberal.  Loans, as we know, have a tendency to feel like free money until it has to be paid back, which means people are far less discerning when they spend it. This little fact has not escaped the notice of the busy bees who run our universities and who are in cahoots with the leftists that have power in our government. So the leftists made a bargain with each other whereby the government would relax the requirements for eligibility for student loans and create a lot of free-flowing money to universities who could and DID raise tuition and fees for their own enrichment, such noble people that they are.

Naturally this generous flow of available cash did not escape the notice of the usual grifters and leeches, which means we now have legions of “students” in their late twenties, their thirties and even their forties and fifties living off student loans while taking classes “online.” Such people are alternatively known as “Democrat voters.” Many have no intention of using their “education” to advance their careers, and they’re not especially worried about being on the hook for this debt because Obama and the rest of the cabal have been proudly trying to sell the “student-loan forgiveness” scam for a long time.

The free-flowing cash and absence of qualifying standards apparently also attracted the attention of for-profit schools running their own kinds of scams. Should this surprise us? In a sane world (i.e. where liberals had no influence), we would have a free market with natural checks and balances. Students would be spending their own money (or their parents money) with the expectation of paying back any loans and this would create an incentive to be a wise consumer and do their research on these fly-by-night schools, but of course the influence of liberalism makes wise behavior unnecessary, because the pain will always be socialized to others. Isn’t socialism great?

You have to hand it to AL. This is the perfect scam. Everything benefits the leftists and grows the Democrat Party and it’s all paid for by U.S. taxpayers like you and me. This should give you an inkling of the evil we’re up against. Are you angry yet?