Home › Political › What Was John McCain Hiding? Part I

What Was John McCain Hiding? Part I 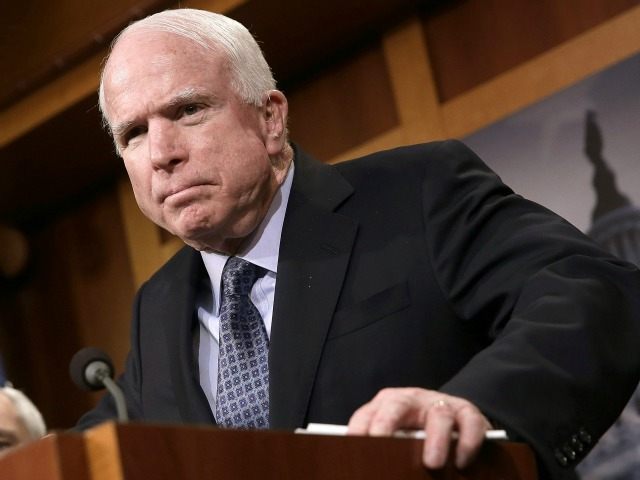 Cancer is a merciless unrelenting killer and leaves no one untouched by it. His family has my sympathy because no one deserves to die from cancer – not even John McCain.  We‘ve all been taught not to speak ill of the dead, but what if that talk is the truth? Are we to deny it and pretend the dead are indeed the hero they’re made to be upon death? For days we’ve heard McCain’s virtues extolled by every notable voice there is and it will continue for days to come until the man is laid to rest. People have a tendency to sanctify a person who has passed from this life, but it’s also important to look at the truth and balance the two.

All this talk of his past has brought up many controversial points in his history. There’s the story of him being at fault for the explosion on the USS Forestall, of which I know very little, so we’ll refrain from addressing that.

Then there’s the talk of him being a songbird during his time spent as a POW in Vietnam. Some folks deny it, while others, including veterans who were there, say it’s true. We’ll touch on that, but the main theme of these pieces is to focus on his life in Congress after the war.

Some readers may not know, or recall, just how fierce McCain’s efforts were to lock away information on the men left behind after the prisoner release in 1973. He wanted all those records buried forever, never to be seen by the public and put much effort toward making that happen, with no regard to the families of servicemen looking for answers. Why?

A note about the author – Sydney Schanberg(January 17, 1934 – July 9, 2016) was an American journalist who was best known for his coverage of the war in Cambodia. He was the recipient of a Pulitzer Prize, two George Polk awards, two Overseas Press Club awards, and the Sigma Delta Chi prize for distinguished journalism. Schanberg was played by Sam Waterston in the 1984 film The Killing Fields based on the experiences of Schanberg and Cambodian journalist Dith Parm.

Since McCain himself, a downed Navy pilot, was a prisoner in Hanoi for 5 1/2 years, his staunch resistance to laying open the POW/MIA records has baffled colleagues and others who have followed his career. Critics say his anti-disclosure campaign, in close cooperation with the Pentagon and the intelligence community, has been successful. Literally thousands of documents that would otherwise have been declassified long ago have been legislated into secrecy.

In 1973 the prisoner return saw 591 Americans repatriated by North Vietnam. The State Department stated publicly that intelligence data showed the prisoner list to be starkly incomplete. The U.S. intelligence list of men believed to be alive at that time in captivity — in Vietnam, Laos and possibly across the border in southern China and in the Soviet Union — was much larger. 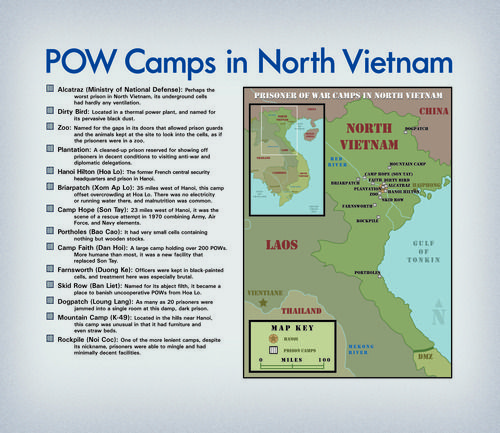 Only nine of the 591 returnees came out of Laos, though experts in U.S. military intelligence listed 311 men as missing in that Hanoi-run country alone, and their field reports indicated that many of those men were probably still alive. Hanoi said it was returning all the prisoners it had. President Nixon, on March 29, 1973, seconded that claim, telling the nation on television: “All of our American POWs are on their way home.”

This discrepancy has never been acknowledged or explained by official Washington. Over the years in Washington, McCain, at times almost single-handedly, has pushed through Pentagon-desired legislation to make it impossible for the public to acquire POW/MIA information and much easier for the defense bureaucracy to keep it hidden.

All the Pentagon debriefings of the prisoners who returned from Vietnam are now closed to the public under a statute enacted in the 1990s with McCain’s backing. He says this is to protect the privacy of former POWs and gave it as his reason for not making public his own debriefing.

Many Vietnam veterans and former POWs have fumed at McCain for keeping these and other wartime files sealed up. A number of former POWs, MIA families and veterans have suggested there is something especially damning about McCain that the senator wants to keep hidden. The main reason for seeking these files is to find out if there is any information in the debriefings, or in other MIA documents that McCain and the Pentagon have kept sealed, about how many prisoners were held back by North Vietnam after the Paris peace treaty was signed in January 1973. The defense and intelligence establishment has long resisted the declassification of critical records on this subject. McCain has been the main congressional force behind this effort.

Part II, The Truth Bill and the McCain Bill, will shed light on the legislation regarding the forbidden records and the lengths McCain went to in order to ensure they never saw the light of day.

John McCain’s family will see their loved one honored and kind words said about him as he’s laid to rest. The families of the MIA in Vietnam will never have that experience.