Home › Political › Thoughts on the GOP, Trump and Principles

Thoughts on the GOP, Trump and Principles 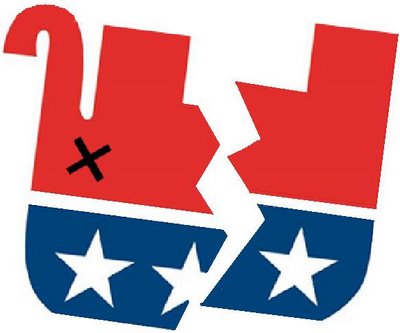 It’s true the establishment republicans are the PSP. For decades, they’ve been slipping more & more to the left, to the point where there is barely any difference at all. Nothing proves that more than the agreement they signed in the 80s with the democrats not to ever challenge voter fraud.

During O’s excruciatingly long reign, Congress put the remote on fast forward by agreeing to almost every demand he made. John Boehner handed him money so fast it made your head spin, only to be outdone by Paul Ryan who’s all but handed him the purse. Mitch McConnell put up so little struggle he could have passed for Harry Reid’s twin.

At the beginning of this election cycle, they were so confident they could shove Jeb Bush at us, that they put all their eggs in his basket, never giving a thought to having a Plan B if the voters rejected him. When the voters said no more Bushes, there they stood with those eggs all over their faces, an empty basket and a lot less money in their pockets.

The RNC was completely unable to regroup and support one of the other umpteen candidates in the race, and the idea of supporting Cruz was never an option. He’d bucked the system and refused to be one of those go-along-to-get-along players.

While they were busy washing the egg off their shocked faces, enter one blustery Donald Trump into the race, who really threw a monkey wrench in the works. Instead of forming that Plan B, the RNC sat there watching the angry sideshow that he was, and while they were dithering, all the little Trumpbots were being fired up by the anger he brought along. The bots were seeing a non-politician candidate who’s mad about the same things and promises to fix it, and heck, with his money, why not? He’s loud, rude and has lots of money, so it was easy to jump on his bandwagon. It never mattered that he wasn’t a conservative; all that mattered was he was angry. And loud.

It wasn’t long after Trump entered the race that many of the Cruz supporters began turning on him in favor of Trump. All of a sudden Cruz’ warts were bigger and much worse than Donald’s were. How quickly they forgot that Cruz, along with a handful of other conservatives, had been the one doing battle on our behalf with the establishment leeches. Never mind the fact that Cruz was basically saying the same things Trump said and he had a much better idea of how to make it happen than Trump will ever have. Never mind their claims that Cruz was the only one who could best Hillary in the debates and beat her in the race to the White House.

All these months later we’re hearing the Trumpbots bludgeon the non-bots with that worn out phrase that if Hillary wins it will be their fault for not throwing their support behind Trump. Now the non-bots are accused of sulking on the sidelines, being un-American and not caring about their country. Really??

Well, let me tell you what. While there are some conservatives who have come around to the thinking of supporting the lesser of the evils since Trump got the nomination, I understand, but I’m not one of them.

Yes, I’m a non-bot and I have a message for the Trumpbots. Do not attempt to wipe your boots on me. I’m not the one who early on so willingly sacrificed my principles for the louder and angrier bandwagon you all jumped on. You are the ones who chose to support a weaker candidate – the one who will likely lose to Hillary. The one who is now whining and waffling about the debates. The one who, after all these months, is still switching back and forth between ‘being himself’ one minute and being ‘presidential’ the next. Why? Because he doesn’t know how to play the game.

Should your golden boy lose in November, then it’s not on me, it’s on you. You chose the lesser candidate, and you are the ones who decided to grab the bigger and shinier ring and compromise your principles.