I was reading over the list of “Essential Health Benefits” mandated by Obamacare. I found myself looking at the extensive requirements through my old systems analyst/programmer eyes. A question arose that I don’t know the answer to – can the insurance companies capture and retain all of the data that will be required by Obamacare with their current software – or will changes to their systems be required? 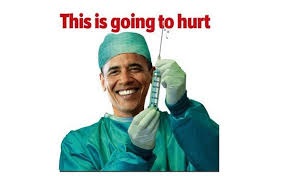 Obamacare requires that health plans offered in the individual and small group markets, both inside and outside of the new Health Insurance Exchanges, cover a core package of health care services known as Essential Health Benefits (EHB).

Since the insurance carriers accept the responsibility for approving or denying each claim and paying the doctors, hospitals, etc., they must retain the data in their systems. I can foresee lots of modifications and new database elements that are necessary to capture and retain the data to support reimbursement decisions, dispute resolution, reporting history, and actuarial calculations.

Let’s hope that the insurance companies use in-house staff or do their due diligence when contracting for software services and don’t use the same “experts” who gave us the Obamacare signup software.

Here’s one small example: Obamacare requires that each child under the age of 19 be allowed two routine dental exams, an eye exam, and corrective lenses, each year.

Some of the insurance carriers were selling plans that didn’t accommodate dental and vision at all, much less cover multiple dental exams each year. That means that the insurer’s software now will be required to retain the occurrence of multiple exams and when each occurred. The same holds true for the vision exam and the coverage of corrective lenses (once each year). The company has to retain proof that guaranteed procedures did, in fact, occur and that they were covered and, if approved, paid.

There are many other examples of data elements that became required under Obamacare and that an insurance company will now have to capture and retain.

My point is: I’ve not heard any discussion about the cost to the insurance companies of complying with the requirements mandated by Obamacare.

And that prompts the question: who will be paying for that additional software programming and modifications? It’s got to be multi-millions.

Answer: We’ll pay it – as the insurance companies will pass along the expense in their premiums.

And this is one more additional cost (mandated by the government) that wasn’t required until we were blessed with Obamacare.

Maybe this is a “JOBS” program in disguise. It certainly will be a boon for contract programmers (hired guns) who’ll be called in to modify current systems. Especially legacy systems that haven’t had the benefit of modernizing for a decade or more. If an insurance company wants to “play” in this market, they’ll have to immediately update their software. Some won’t make it in time and we’ll see “glitches” like Obamacare. We’re in for a bumpy ride, folks.